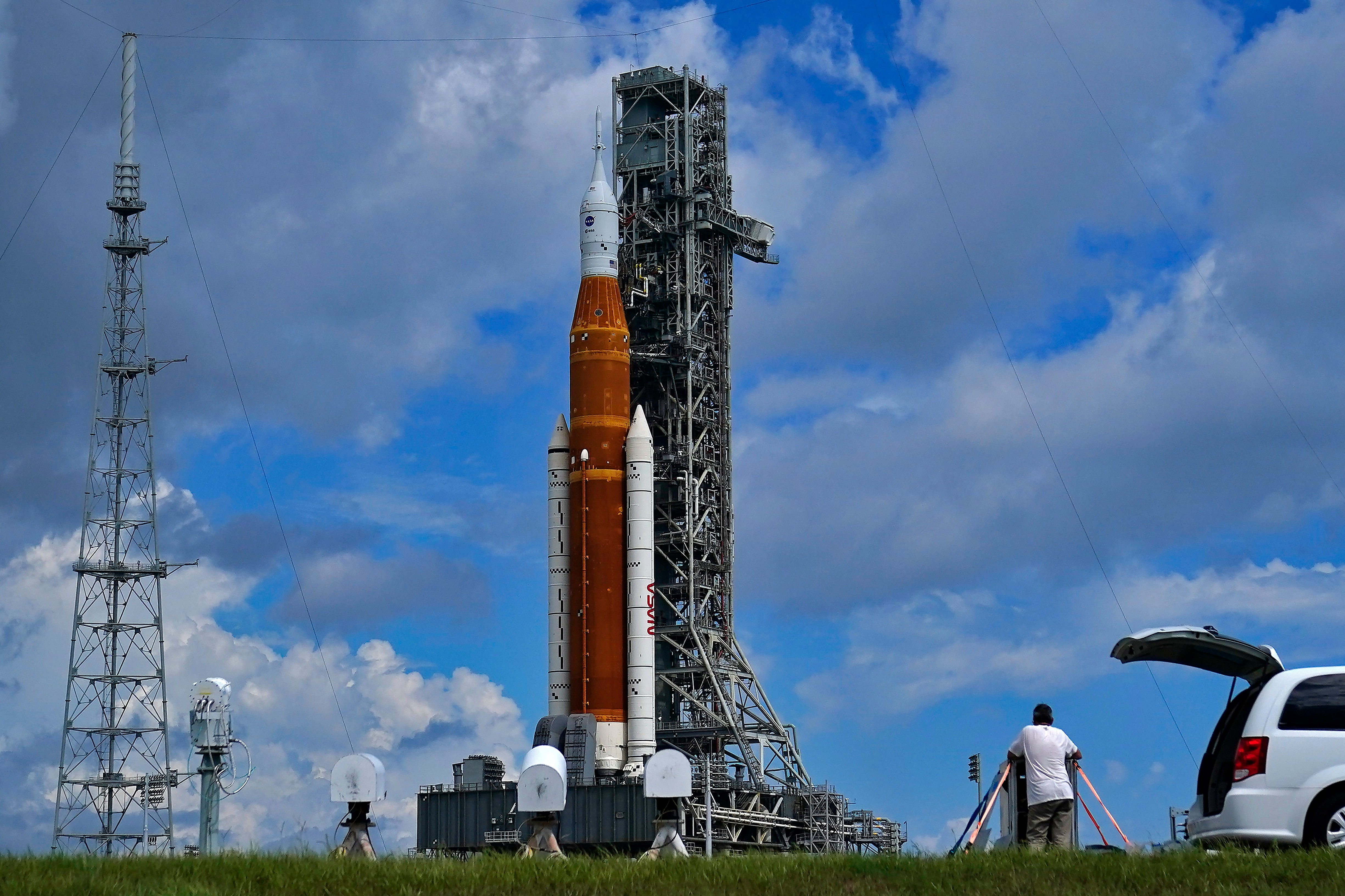 NASA’s Artemis I launch has been delayed until Friday – or later in September – after issues with the moon rocket’s engine.

The agency said that engineers are currently evaluating data gathered during Monday’s first attempt, when teams could not get the engines to the proper temperature range required to start them at liftoff.

The mission management team is scheduled to convene on Tuesday afternoon to develop a strategy going forward.

“The Space Launch System’s four RS-25 engines must be thermally conditioned before super cold propellant begins flowing through them for liftoff. Launch controllers condition them by increasing the pressure on the core stage liquid hydrogen tank to route, or ‘bleed’ as it is often called, a portion of the approximately minus 423 [Fahrenheit] liquid hydrogen to the engines. Managers suspect the issue, seen on engine 3, is unlikely to be the result of a problem with the engine itself,” the agency said in a blog post.

UFOS HAVE LANDED IN CONGRESS, WHERE LEGISLATION ADDRESSING THEM WILL BE CONSIDERED

During the countdown, NASA said that launch controllers worked through additional issues, including storms in the area that delayed propellant loading operations, a leak at the quick disconnect on the 8-inch line used to fill and drain core stage liquid hydrogen and a hydrogen leak from a valve used to vent the propellant from the core stage intertank.

A weekend thunderstorm did not cause any damage to the Space Launch System (SLS) rocket, uncrewed Orion capsule or ground equipment, but five lightning strikes were confirmed.

In addition, launch director Charlie Blackwell-Thompson and her team also had to deal with sluggish communication between Orion and launch control, although there turned out to be a simple fix.

NASA Administrator Bill Nelson arrives at a news conference to address the status of the NASA moon rocket for the Artemis 1 mission to orbit the Moon at the Kennedy Space Center, Monday, Aug. 29, 2022, in Cape Canaveral, Fla.
(AP Photo/John Raoux)

NASA MOON ROCKET ON TRACK FOR LAUNCH DESPITE LIGHTNING HITS

Launch delays, he noted, are part of the business of test flights.

NASA is slated to hold a media teleconference at 6 p.m. ET on Tuesday with updates on data analysis and discussion.

The 332-foot-tall rocket – the most powerful rocket ever built by NASA – and Orion are currently sitting on Launch Pad 39B at NASA’s Kennedy Space Center in Florida.

The six-week-long mission is the first in NASA’s Artemis project.

The second Artemis mission would send astronauts to fly around the moon as soon as 2024 and a two-person lunar landing could follow by 2025.

Julia Musto is a reporter for Fox News Digital. You can find her on Twitter at @JuliaElenaMusto.